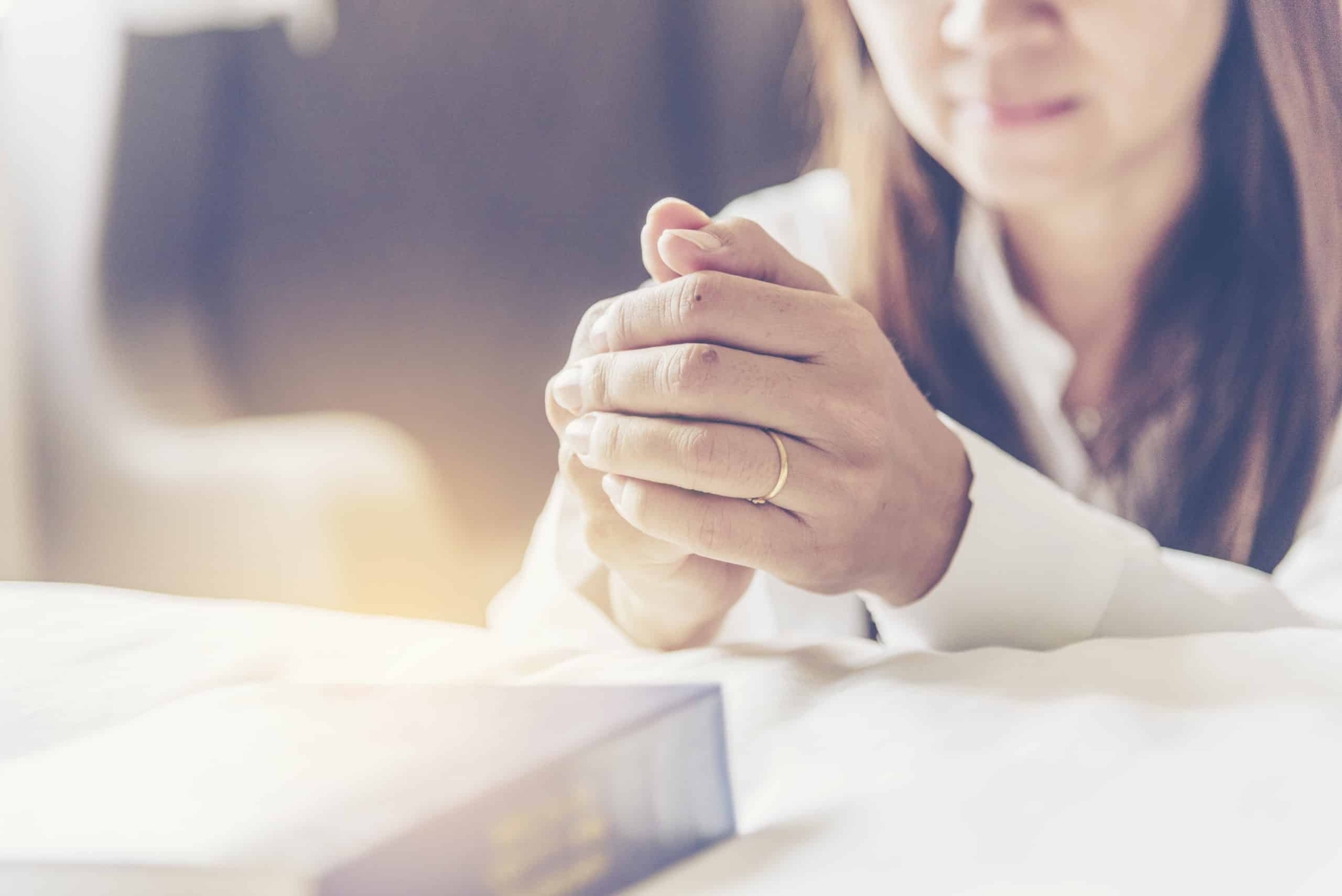 Our Most Important Asset

What is most important for us as worshippers and worship leaders is that we learn to listen for and discern God’s voice when he speaks to us. But for us to really grasp why this asset is so significant, first a climate of crisis needs to be created in our hearts.

Now normally, creating such a compelling need inside the reader would be the job of the skilled author. But there are two problems with that: Number one, I’m not that skilled, and two, it’s not actually my job anyway. So instead, we need to stop right now and pray and ask the Author of our faith to work in us “to will and to act according to his good purpose” (Philippians 2:13). I’ll pray first, and then you can end the prayer.

“Holy Father, we are truly desperate for you to illuminate our hearts right now. We admit we’re a little slow when it to comes to grasping what you have to teach us. So make us more teachable. And by your grace we ask you, Holy Spirit, to form our minds and hearts into fertile ground today so the seeds you’re about to plant in us will spring up and make us more like you and more effective in your kingdom. Thank you, Lord, for hearing our prayer. And thank you for helping me present these awesome truths. You are faithful, God! I pray these things in your powerful name…”

Now it’s your turn. Thank God ahead of time for what he’s about to show us…

So what do I mean by a “climate of crisis”? I can tell you very quickly what it doesn’t mean. It doesn’t imply running around, biting off your fingernails, constantly burdened by worry and stress. There are tons of Scriptures that refute that mind- set. But a crisis itself can be good; or rather, it can lead to good, as was the case with the children of Judah. Instead of pushing them toward a nervous breakdown, their imminent disaster drove them to seek God’s help. Their predicament actually catapulted them toward that pivotal moment when God broke through the silence and told them what they needed to hear.

Jehoshaphat and the people of Judah had a crisis mind-set—one that says, “We’ve got a problem—only God can solve it.” People with this mind-set have three distinguishing characteristics.

Characteristics of a Crisis Mind-Set
First, they are desperate to hear from God. Those of us who are ministers can relate to Jehoshaphat’s sense of helplessness. For one, he knew his people were powerless against the vast army bearing down on them. In the same way, our own feeble strength is no match for our enemy, the devil. He hates it when we worship. To deny or ignore his attempts to interfere in our services is both foolish and dangerous. We must have the help of our God, who is greater in us than he who is in the world (1 John 4:4, NKJV).

Read 2 Chronicles 20:3. When Jehoshaphat first heard the news about the coming invasion, he was alarmed. That’s the exact moment he switched to a crisis mind-set.

Another reason we know Jehoshaphat felt desperate was because of what he didn’t do. Read verse 3 again. Isn’t it interesting that he actually made a decision not to make a decision? He recognized he wasn’t smart enough to make the right decision in this situation and had to have God’s help. We who are worship and ministry leaders could learn a great lesson from this. It’s easy to rely on our experience, our education, and our natural charm to carry us week after week. After a while, we start thinking we don’t really need to pray that much. We know that if we were to face a crisis like Jehoshaphat’s, then we would pray hard. But that’s exactly the point: We do face a crisis like his. We’re leading men and women into spiritual battle every week! Our own smarts are grossly inadequate; we must rely on the Lord’s constant direction.

I believe Jehoshaphat felt most desperate when he thought of the people he was responsible for. No doubt, they were shaking with fear. What could he possibly do that would give them hope and help? He could—and did—lead them to seek God.
The children of Judah faced a serious and obvious problem. Sometimes, though, the calamities looming all around us are not so obvious. That’s because our crises are of a spiritual nature. Every Sunday when we stand to sing or play that first song, we’re looking into the faces of people in crisis. Every day when we go to work or school, we encounter searching souls disguised as happy and successful individuals. But far too many are shaking with fear on the inside.

Some of them are in a crisis of commitment, torn between God on Sunday and the world on Monday. Some are in a crisis of the heart, not caring for anyone, even themselves. Others are in a crisis of significance, feeling worthless and without purpose. Some face a genuine crisis of circumstances and are barely hanging on, hoping for a light at the end of the tunnel. Then, of course, many are stranded in a crisis of faith, teetering between belief and unbelief.

All are drowning people in need of a lifeline. And that’s what makes their crisis ours. Surely we won’t just stand aside and watch them disappear under the water. If we could sense their cries for help, we would kick into a crisis mode immediately. Why? Because we are Jesus’ ambassadors. As ministers, we must help people bear their burdens and find relief.

To bring this idea home, stop now and mentally scan the sea of faces in your congregation. Who out there do you believe is in crisis? Even if you know only their first names or where they sit, identify them in the space below. Then commit to pray specifically for each of them this week. Ask God to give you a portion of their burdens, to allow you to share in their crises.

As important as it is for us to recognize that we are desperate, desperation alone is never enough. We must also be determined to hear from our God about our situations. One might say that desperation gets us off the couch, wakes us from our apathy, and jars us into reality. But it’s determination that gets us out the door and heading down the road to find a solution to the problem. Desperation without God-motivated determination just leaves us feeling hopeless.

The children of Judah displayed a crisis mind-set when they didn’t settle for being on the desperate side of this difficulty. They didn’t just want to hear from God, they had to hear from him. Jehoshaphat, when he got the horrific news, “resolved to inquire of the Lord.” His priority from the very beginning of the crisis was to hear from God. Therefore, he led the people of Judah to take three important steps to prepare themselves to listen.

First, they consecrated themselves to God when Jehoshaphat “proclaimed a fast for all Judah” (2 Chronicles 20:3b). Second, they confessed their need for God.

Read 2 Chronicles 20:4. Imagine this scene: people “from every town in Judah,” possibly hundreds of thousands, gathered in that one place on the Temple grounds in Jerusalem.

That reminds me of a little habit I’ve tried to maintain over the years. In the minutes just before I step onto the stage to teach or lead praise, I find an empty room or a corner where I can be alone. There I physically kneel before God. I say a simple “breath prayer” confessing how much I need him for whatever I am about to do. It has been one of the most powerfully refreshing practices I have ever experienced.

Finally, the people of Judah prepared to listen to God simply by concentrating on him; their eyes were fixed on him (verse 12). If anybody could use the excuse that they were too distracted to focus, the children of Judah certainly could have. Think about it: A vast army was intent on annihilating them. Yet they knew this was all the more reason for them to be deter- mined to hear from their Deliverer.

The final characteristic of people who have a crisis mind-set toward God is that they’ve already decided their God is going to speak to them and tell them what he wants them to do. It’s not presumption; it’s faith. It’s not a matter of if; it’s only a matter of when.

When Jehoshaphat had finished praying, the people of Judah simply stood there before the Lord. They had decided they were going to get an answer from God about their crisis. And they stood there until they did.

Before we close the teaching portion of today’s lesson, don’t miss this awesome truth: The crisis only lasted until the people heard from God. At that moment when God spoke through his prophet Jahaziel, their mind-set went from crisis to confidence. They knew then that the battle wasn’t theirs, but God’s. After they heard from their omnipotent God, they had the confidence to simply be obedient and trust what he had already told them. They could now joyfully say, “Mission accomplished. Crisis solved!”

NOTE: This is Part 3 in our series on Listening to God. We are publishing 5 articles total during the time of quarantine from COVID-19. Hope these articles encourage you! 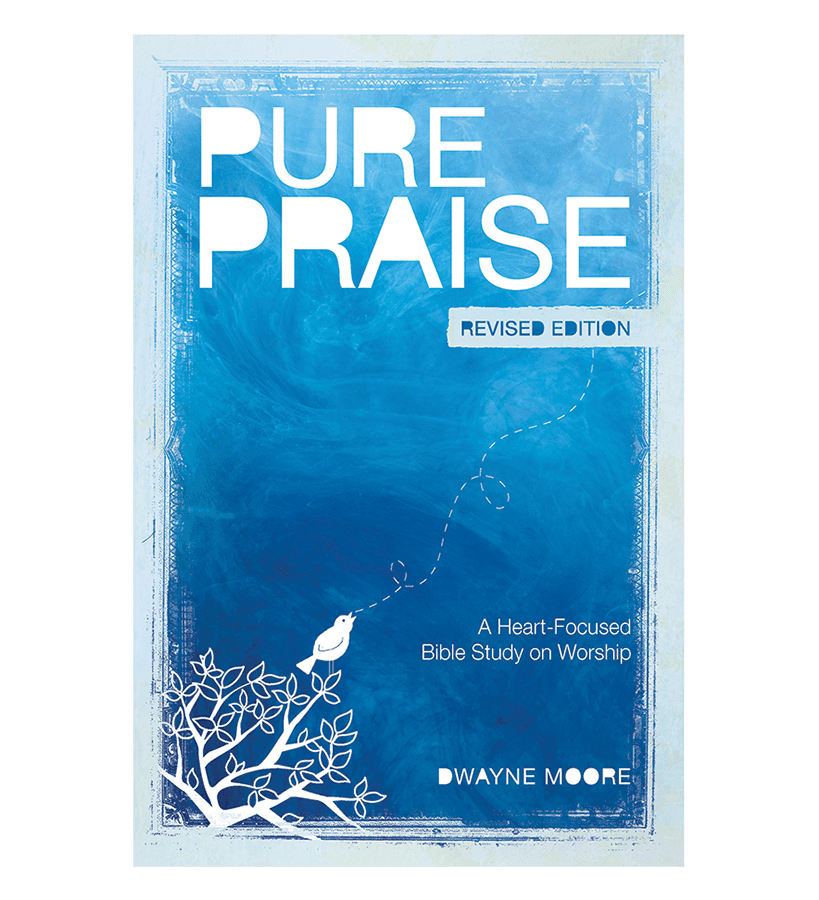