The following excerpt is taken from Heaven’s Praise: Hearing Him Say Well Done. 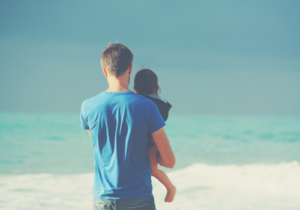 You’ve no doubt heard the old saying, “You are what you eat.” That may be true of our bodies, but when it comes to our minds, emotions, and spirits, we are what we think. And the most profound thoughts any human can have are thoughts about God. That is precisely why our strategy and this first week of our study begin with an emphasis on thinking right. How we relate to him and how we believe he relates to us will impact every facet of what we do and who we become. So needless to say, we had better get our thinking straight about God!

2. He’s the Teacher; we’re the student

Let’s assume God is primarily our Boss. What does a boss expect of his employees? He expects his employees to produce, to perform, to work hard and show results for their labor. But a boss has no interest in the workers beyond what they can do for him. And those who produce the most will win his favor. Those who lag behind and don’t perform up to his expectations will be reprimanded or fired. A boss in the purest sense feels little or no obligation toward the people who work for him because he is not motivated out of love for those employees.

I’m really thankful the God that’s revealed in the Bible is not primarily a boss, aren’t you?

Let’s say God is largely our Teacher. What does a teacher expect of his students? A teacher wants good grades and high test scores. Teachers often have pet students who perform better and score higher than their classmates. Yet, a teacher rarely has any interest or association with his pupils outside of the classroom. It doesn’t generally matter to a teacher whether a student is applying what she’s learning and whether what she’s being taught is impacting her and improving her life. The teacher just wants to see that his students are “making the grade.”

I’m very thankful the God we learn about in the Bible is not primarily a teacher, aren’t you?

Please don’t misunderstand me here. I know there are many wonderful and godly bosses and teachers who care deeply for their employees and go way beyond the call of duty to help them and get involved with their lives. But that’s the point I want to make. Godly bosses and teachers have a unique quality about them that comes from another aspect of God—one we have yet to consider, a revelation about God that encompasses all the others…

First of All Father

>>Please read 2 Corinthians 6:16-18. According to verse 18, what relationship does God long to have with us, his people?

Did you catch those last words? The Father in heaven is full of grace and truth. The Father’s love is unconditional, and he wants the people of this world to be his children, so much so that he sent his one and only Son, Jesus, to die in our stead. “How great is the love the Father has lavished on us, that we should be called the children of God!” (1 John 3:1a)

Let’s go back to the idea of God as our boss and our teacher for a moment. As our heavenly Father, he is also therefore our boss, who we are to obey and follow. But unlike other bosses, our Father only wants what’s best for us. We don’t have to perform and work hard to make him accept us. He loves us just as we are. He is pleased with us simply because of who we are—his children. And when we do wrong, he doesn’t get rid of us. Instead, he lovingly disciplines us to make us more like his perfect Son, Jesus.

As our teacher, God our Father gently and patiently instructs us (through the Holy Spirit). But not so we will score high on some pop-quiz he gives us. Rather, it is so we will know how to live abundantly and successfully for his glory. And if we fail a test or if we’re not as bright and quick to catch on as some others, it doesn’t mean we are less favored in his sight. God doesn’t have favorite kids. Every one of his children is his favorite!

>>Read the powerful words Jesus spoke in John 10:27-30 about our permanent relationship with him and his Father. Read them again. Let that phenomenal and freeing truth sink into your soul.

I am so incredibly thankful that the God of the Bible, the True and Living God, is first and foremost my Father, aren’t you?