Skip to content
Should We Pay Church Musicians? (Podcast) 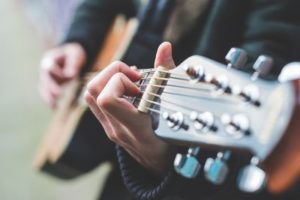 Our question today is should we pay our church musicians. The short answer is maybe…if certain criteria are met.

To help us answer this difficult question, we first need to look at the Levite musicians. We’re not told in scripture if the Levite musicians were actually paid for their services. However, in 1 Chronicles 9 it states that they stayed in the rooms of the Temple when they were on duty and that they were exempt from other duties because they worked day and night as musicians. We also know that the Levite Priests were able to eat from the sacrifices brought to the Temple.

Therefore, we can conclude that at the very least the Levite musicians’ expenses were covered. In addition, Jesus said, “…the worker deserves his wages” (Luke 10:7 NIV). Thus, one could make the case that musicians who work in the church could at times receive payment for their services.

That leads us to the practical side of considering whether or not someone should be paid on our teams. Beyond the obvious question of whether our church can afford to pay someone, we need to ask four questions regarding that person before we make a decision to pay a musician or technician.

4 Things to Consider
First, we need to look at the time that will be required. How much time are we asking of this person to commit to help in our church? If it’s honoring to God to give 10% of our money as a tithe to Him, then it’s reasonable to say we can also honor Him by giving 10% of our time. If we add up the daylight hours of a workweek, that’s about 80 hours. Ten percent of 80 hours is eight hours, which is well within reason to serve in the church from week to week.

If we expect musicians to attend a rehearsal each week, by the time they get to the rehearsal location, set up their equipment, rehearse and then come back home, they’ve probably invested two or more hours during the week. On the weekend, if they come on a Sunday morning at say, 7 AM, then they rehearse and play during the services, perhaps they will have given five hours or more. That can add up to be between eight and nine hours each week. At that level of time commitment we are basically asking a volunteer to tithe their time.

On the other hand, if we also ask a musician to return on Sunday evening to play again or if we include yet another service or rehearsal during the week, then their hours at church can climb to 10 hours or more, which may exceed their tithe of time. Thus, with that much time, we may want to consider at least reimbursing some of their expenses, as they did for the Levite musicians.

The second consideration is talent. When I say talent, I mean a broader word then pure, raw talent. A lot of people have wonderful and amazing talent, yet they’ve not developed it. We need to consider both their talent and their skill level. What have they done with their natural ability? Have they got experience built in so that they are a cut above the average person as a player or a singer, or as a technical person running the sound and lights? Do they possess certain skills that would justify them being paid? That’s a subjective question. You’ll have to decide what level you consider to be professional or worthy of payment. However, if they’ve worked and invested time and money into developing their skills and their talents, then some amount of pay might be appropriate.

The third consideration is tasks. Ask yourself what tasks have we put on this person? What are we expecting them to do? What are their responsibilities? If he or she is the leader of the band, for example, then that person has more weight of responsibility than just showing up and playing an instrument or pushing some buttons. He or she is leading a group of people; that’s a entirely different level of challenge and involvement. If their tasks are above what is average and what is normally asked of a volunteer, then perhaps they should be paid in some way.

The final consideration we should take into account is one’s intents. What is the intent of his or her heart? We can’t judge a person’s heart, of course. We don’t know exactly what they’re thinking or how they’re feeling, or what their motives really are. Nonetheless, if we invest enough time with someone and watch their life and ask people who know them, then we can get a pretty good idea of the intent of their heart. Perhaps they have a track record of just playing where they’re being paid, and when they don’t get paid they get upset and leave and go somewhere else. If that’s the case, then one can safely assume that the intent of their heart is mostly for financial gain. However, if a person is already joyfully playing on our team even though he or she is not being paid, then that probably means the person is more concerned with ministry than money. I prefer to pay someone who’s already demonstrated a heart for leading others in worship and for our team.

Suggestions Before You Commit
I encourage you not to mention money until you’ve thought it through very, very carefully, because once you mention it, there’s no backing out. Be sure you pray through it, talk to your pastor and leadership and made a solid decision about the real valid reasons that you have for wanting to do this. Ask yourself if it’s really necessary? Can you substitute this person for someone else? Can you rotate this person in and out every other week? That way you won’t need to pay them for excessive hours.

Secondly, if you do hire them or put them on the payroll in any way to reimburse them for their expenses, be sure you communicate it to the whole team. Don’t try to hide it. Band members know each other, and they talk. If word gets out that you’re paying one but not another then people will start to assume things that aren’t correct. They could get upset and misunderstand your motives. Be open with them about it and maybe explain some reasons for your decision to begin paying or reimbursing them. By the way, it’s best not to divulge to the team how much each person is being paid. Try to avoid sharing specific amounts.

I hope these considerations and tips have helped you to make a more informed decision based on God’s Word and on common sense, experience and wisdom that we can draw from each other.

Want to LISTEN to this blog post? Go to our Podcast page. 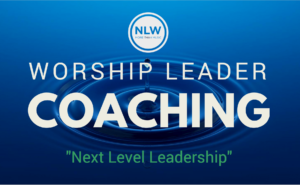 Join our Coaching program which starts in January!

We’ll take you through 3 phases of coaching–first focusing on your personal leadership and then on your group’s group and finally spreading out to recruiting and training in your church and community.