Skip to content
Dwayne Moore: 3 Years Since My Heart Attack

Today marks 3 years since my heart attack. I’m just glad to be alive! Unbeknownst to me then, my “widow maker” artery was 99% blocked, which inevitably led to the attack. Both my father and his father died suddenly and without warning of heart attacks. They were both 51 when they had theirs. So at age 54 I guess mine was overdue.

Below is my never-before-shared story about my ordeal. Heads up: What you are about to read is quite long and involved. However, I believe the play-by-play details are needed to help you understand God’s timing in it all and how I truly am a walking, breathing display of His undeserved favor…

We had flown our Africa Director, Donald Kutala, over from Zambia. It was his first time in the US. He and I were on a 13-state speaking tour, going from place to place sharing about the ministry and mission of Next Level Worship International. Florida was the third state on our tour. 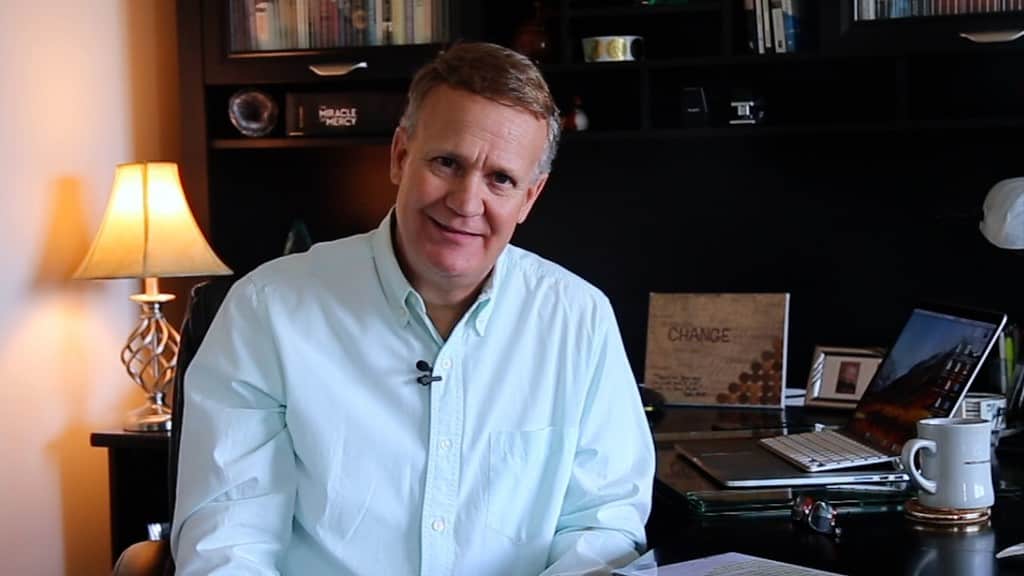 Tuesday: We met & had lunch with Jon Tyner in Pensacola. Afterwards, we went to the beach where Donald put his feet in the beautiful white sands and saw an ocean up close for the first time in his life. That evening he helped me teach an online coaching class in our hotel room.Wednesday: The next morning I got up early and went for a jog near the hotel. While running I noticed a strange fluttering feeling in my chest. I didn’t think much of it at first, but after a couple of minutes when it didn’t go away, I decided it best to stop running and walk the rest of the way. When I arrived back at the hotel I remember feeling flush—no pain, mind you—just very out of breath and weak. (It should be noted I had recently undergone a full physical as requested by our Board of Directors and been given a clean bill of health. So I was certain the problem wasn’t my heart.) After sitting a few minutes and resting in the lobby of the hotel, I proceeded back to my room where I did my usual 50 push-ups(!)

We then drove to Slidell, LA where we led a service at a wonderful African-American church that evening. Donald spoke and I led the music for it. While singing and leading in my typical energetic fashion I sensed that familiar fluttering feeling again in my chest, so I immediately and intentionally calmed myself down. I finished the praise set mostly standing in one place on the platform (something I would never do normally). I felt fine afterwards, so I didn’t think anymore about it.Thursday: After a good nights rest, Donald and I drove to Mobile where we ate lunch with Steve Bowersox and spoke to his classes at the University of Mobile. We then made the 2-hour drive back to Slidell. That evening we ate dinner at a popular seafood restaurant with our dear friends, Elayn & Clayton Gay. Then we headed back to their home where we were staying.

The Moment of Reckoning

Once we got to their house Elayn retired to her room. We guys sat down and watched an NFL game that was on TV. Donald had never seen American football before, and Clay and I had fun watching his reactions. I was pretty tired, so I didn’t stay up long before heading to bed.On my way up the stairs to my bedroom, that same fluttering feeling suddenly came on me again. But this time it was much more pronounced than the times before. I had always heard and assumed a heart attack is painful, but what I was feeling wasn’t pain. I just felt like I was smothering, and there was a tightness in my chest I’d never felt before. I laid down on my bed hoping it would subside, but instead it became even more intense.

I still wouldn’t let myself believe I was having a heart attack. Nonetheless it was clear something was seriously wrong. I didn’t want to say anything to our hosts or call my wife because I didn’t want to worry them. Instead I decided to call my close friend and confidant John Martin. He used to be a paramedic. I knew he would advise me what to do.John told me to “Go ask Elayn for two baby aspirin.” (Only later did I find out that John was actually setting me up. He knew those words would trigger Elayn to ask me why I wanted them.) Out of desperation I did as John said and went back downstairs. Donald had gone to bed by this time, and Clay was standing alone in the kitchen. When I told him what John had said, he went immediately and got Elayn.

As soon as I mentioned to Elayn about needing baby aspirin, sure enough she responded with why, just as John thought she would. Intuitively she asked me if my chest was hurting. In that moment I considered saying no, just to keep from upsetting her. Elayn’s sister died of a heart attack while on vacation at Disney a few years prior. I certainly didn’t want to cause her to relive any painful memories. “And besides,” I reasoned in my mind, “it wouldn’t be a lie to say no, because I’m not really ‘hurting’ per se.” I knew what she meant though, and I reluctantly admitted that my chest felt very strange and tight. (Looking back, I believe that split second decision to be completely honest with her is what saved my life.)

Elayn sprung into action! She knew exactly what to do. She told me to sit down while she quickly located a blood pressure monitor. When she took my blood pressure, it was nearly twice the rate it should be. I’ve never had high blood pressure, so something was clearly off. I’ll never forget the look on Clay’s face. They both knew I had to go to the emergency room right then. Within minutes we were out the door and heading to the hospital.

As soon as the front desk people at the ER heard about my symptoms they took me back. It was obvious to them I was having a heart attack. I will never forget lying on that examination table. I wasn’t worried or stressed, and I wasn’t in pain. Instead I had a peace about it all that I can’t explain. While waiting for the doctor I called Sonia and told her what was happening. When the weight of the news hit her she broke down over the phone. She hopped the first plane from Huntsville, Alabama to be by my side.

A few hours later I had a stent inserted into my artery. I was awake during the entire procedure. Other than an occasional tickling sensation it was painless. There was a monitor directly above me showing an X-ray of inside my chest. It was quite fascinating frankly to watch them moving their instruments around inside of me.

Three days later I was released from the hospital with no detectable damage to my heart! Sonia drove me home where I rested up for a few days. Donald had gone on to our next stop. A week later I joined up with him in Indiana to finish the speaking tour. Get this: We didn’t have to cancel a single thing we had planned on that tour. God is so good!

By His grace, I am still going strong—still traveling, speaking, teaching, singing and sharing the Good News like I’ve done for more than 40 years! I know the LORD has kept me around for a purpose. Some who read my many updates on Facebook about our ministry may wonder why I seem so driven to do what I do. I’m not driven; I am drawn—drawn by His love and calling on my life. And I’m determined to live the rest of my days showing gratitude that He has given me more days to serve Him.

We are currently in the middle of our annual Walk for Worship Walkathon! Will you help us raise money for next year’s mission trips? We are hoping to go to 5 countries in Africa & Europe, in addition to leading mission efforts here in the US. Please go to walkforworship.com for more info. Thanks in advance!! #NLWI 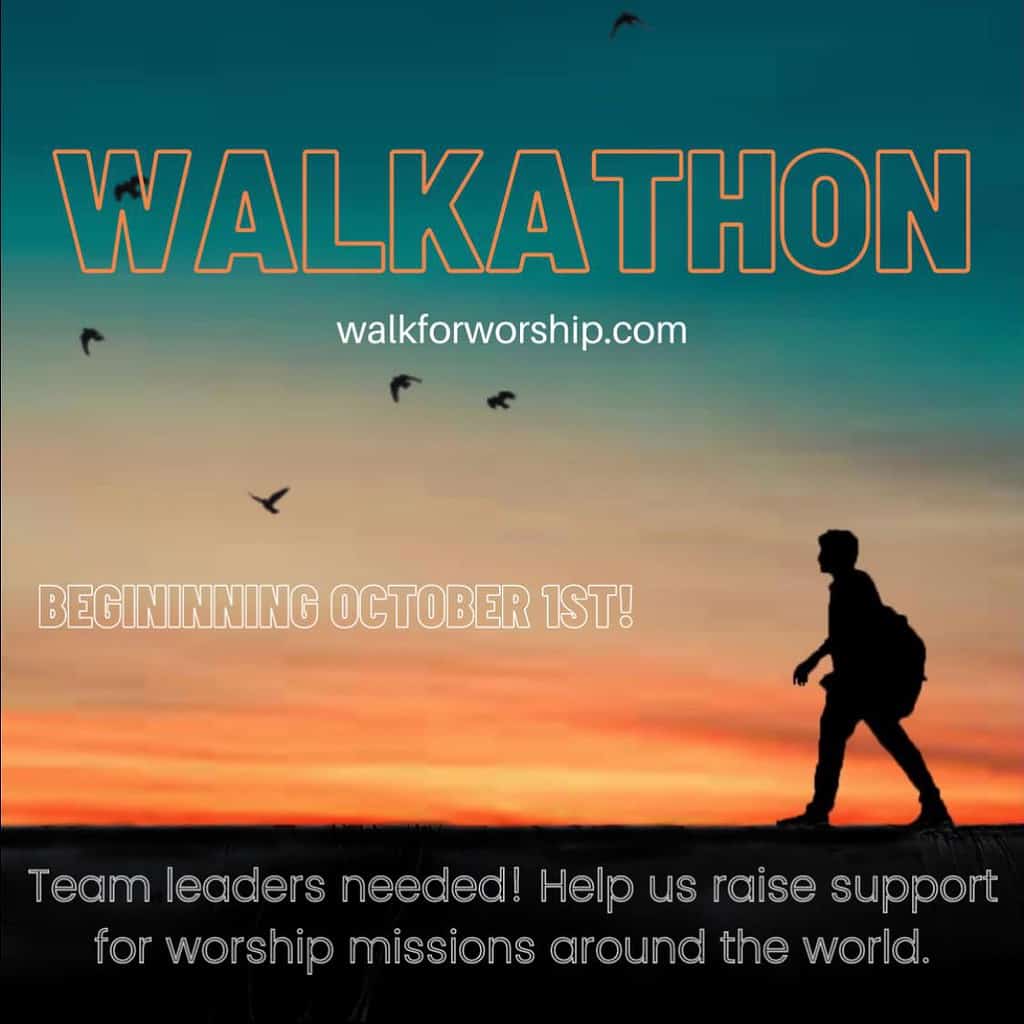