Skip to content
A Christmas Wrapped in Praise (Podcast) 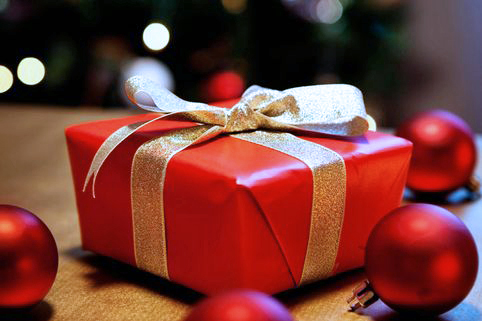 Let’s start with a question: What is the one thing God made sure Jesus got the best of when He first came to earth? Was it our riches? No, He was born in a stall with barn animals and hay. Was it our royalty? No. His parents were a shepherd boy and a hand-maiden. They were not kings and queens. Was it our 5-star resorts? Absolutely not. In fact, the hotel in Bethlehem didn’t even have room for Him and His family.

Realizing this amazing fact, it begs the question: What is most important to God? Well, when it comes to His precious boy, apparently it is giving praise and honor to Jesus above all else.

Nine out of the ten praise-events occurred in the first two chapters of Saint Luke. First there was Gabriel’s announcement that Jesus would be born. He told Mary that Jesus would be great, the Son of the Most High. Then there was John the Immerser. He had not even been born. Yet, when Mary came to tell his mother, Elizabeth, about Jesus, John leapt for joy in Elizabeth’s womb. Elizabeth responded by saying to Mary, “Blessed are you among women…Blessed is the Child you will bear.” Then, listen to how Mary started her song of praise. “My soul glorifies the Lord and my spirit rejoices in God my Savior…”

Want more praise? Then look at Zechariah. John’s father worshiped God when his son was born because he knew John would prepare the way for the Messiah, the Lord Jesus Christ. As soon as Mary delivered her infant King, the angels got in on the praise as well. They appeared to the Shepherds out in a field not far from the manger. They were keeping watch over their flocks by night. Do you remember what they sang? Say it out loud right now: “Glory to God in the highest and on earth peace, good will to men.” Can you imagine how those shepherds must have felt as they hurried to the stall and first laid eyes on God incarnate? Their stunned silence in His presence quickly led to loud and amazing proclamations of praise to anyone who would listen to their story.

Eight days later, Mary and Joseph brought Jesus to the temple where Simeon took Jesus in his arms and praised his God, saying, “My eyes have seen your salvation…a light for revelation to the Gentiles and for glory to your people Israel.” At that very moment, a prophetess named Anna came up to them and gave thanks to God as she spoke about the Child, our Redeemer.

Of course, we can’t forget about the Magi. They came from the East following a star that eventually led them to Bethlehem some months later. Matthew 2:11 chronicles their sacrifice of praise. It reads, “When they saw the Child…, they fell down and worshiped Him. Then they presented unto Him their treasures…”

I can just imagine God looking down from heaven and saying, “Now, who is going to get the grand privilege of welcoming my Son with the praise He deserves? Oh yes, there’s one, that little teen-age handmaiden girl. She loves me. And there’s another one over there. That’s Simeon. He’s been waiting and looking all his life for the Messiah. Then, what about those plain, hard-working shepherds? Maybe the world doesn’t think much of them, but they are highly esteemed by me because they honor me with their lives. I have hand-picked each of these because they all qualify by the standards of heaven to offer pure praise, honor and adoration to my worthy and only Son. – No way I would entrust that most important task to just anyone…”

So then, here’s the final question for us some 2000 years after that miraculous night in Bethlehem: Knowing now that praise and honor for Jesus is God’s highest priority, what should be our highest goal and priority this Christmas season…?