Stephen Moore: I’m looking forward to just understanding and hearing a little more about what you have going on, man. I checked out your website. It’s ZJCWorship.com.

Stephen: And it seems like a really cool resource.

Stephen: I also read on there that you’ve been playing music for 21 years? Is that right?

So, sixth grade drums. And then I used the theory that I learned in piano to self-teach acoustic lecture bass guitars and really, around freshman year of high school, I started leading worship, serving on worship teams, and that would be about 15 years ago, basically.

And so it’s kind of… it’s been a… I’ve been really fortunate to be able to serve on teams both as a worship leader and now I’m a worship pastor, which is crazy. But it’s amazing, but also the sort of… the other position, so like serving as a drummer, serving as a bass player. And it’s really helped for me to be able to understand how to communicate, how to coach people, because it’s… When you play an instrument, it’s much easier to speak the language and to kind of help people grow in their instrument.

And that’s really what the courses are all about, is trying to help accelerate people’s journey, to prepare them for worship ministry as quickly as possible.

Stephen: Awesome, man. Yeah. I also in the email conversation that you and I had, I loved when you said… You just brought up that many churches struggle to recruit musicians and worship leaders they need. And these courses are designed to help fill that gap. They’re there to develop… they’re developing worship internally. And I personally can totally relate to that struggle. I’ve been a worship leader for… I guess for 10 years. Yeah man, worked in different churches and whatnot, and can absolutely relate to that, you know. You see so many people that have a passion and oftentimes show a lot of potential to be a part of worship team, or you know, or volunteer to be used in that context. But they just don’t… they’re not quite there yet, you know-

Stephen: And it sounds like this is basically, it’s a bridge to get them there, you know? To get them from a point of having the potential to having the skill, you know, and the ability.

Zac: You’re capturing the vision exactly right, because what I’ve seen is… you know, I’ve auditioned people… It’s… I think there are a lot of people who are actually capable of serving on worship teams who, either they don’t realize that, or no one’s ever been like, “Hey, have you ever thought about trying this?”

I’ve seen umpteen people who honestly have been written off by people in leadership, and then they turn out to really flourish with the right training and the right, you know, coaching through a process. And so, it’s something where honestly, I feel bad for a lot of worship leaders because it’s really tough. Like if you don’t play an instrument, how do you get somebody from potential to team member? Like, it’s really hard, like if you’re not… Like for example, okay? I don’t play violin. I have a cello at home that I’ve barely spent any time on and I eventually would like to get into learning it more, but you know, for me to… How do I take somebody who’s maybe a beginning violin player and get them to where they can serve on a worship team? That’s a lot harder because I don’t play the instrument.

But because, for example, if I play drums and I remember the process that I went through, the learning process of what does it feel like to struggle to learn a B and then to make a breakthrough and then to be able to learn something new, and building in a process where it’s like a step-by-step to get somebody from that potential to being ready to serve.

And so, trying… basically doing that for every instrument, every major instrument, let’s say, non-orchestral instruments. So, acoustic bass, piano, electric guitar, drums, vocals, and then also, like a leadership… kind of leadership theology course to help people transition from “I’m a team member,” to “I want to be a worship leader.”

And it’s more focused on the… like, how do you run rehearsal? How do you lead a team and also, how does the theology of the gospel and the Holy Spirit and the fruit of the spirit affect how we treat people and how we lead effectively? And then I nerd out of the music theory and the ear training, and that’s some of the most valuable stuff to be able to get away from chord charts and be able to learn and cure stuff by ear. So, it’s designed to be a series of resources that individuals can use to get ready to serve on a worship team as well as if they want to go deeper, there’s a lot of stuff for advanced players too.

And also for worship leaders to basically say, “Okay, I don’t play this instrument, but here’s a resource from somebody who does. I want you to go through this, and I’ll maybe meet with you once a month or something and we’ll see how you’re progressing. I’ll try and give you guidance.” To kind of… it’s not private lessons, per se, but it’s like, coaching where you’re trying to steer somebody towards a worship team.

That model has worked really well for me. I’d encourage other worship leaders to use it. But this resource can be something that can help accelerate that process, and especially fill the gap if you don’t know how to play that instrument.

Stephen: Yeah. Yeah, you’ve brought up something about theology there, and I think for some it, maybe it’s an obvious… For some, maybe they get it, but others might not as to why steering excellence as a musician is important in general, in regards to worship. So what’s your thought on that?

Zac: I think that… So the ultimate thing that I’m concerned about as a worship leader… What does success look like to me? Like I know there’s some leadership resources that will put it this way. What does a win look like for worship ministry? And what that looks like to me, is that my congregation worship with all of their heart, their soul. They were singing loud and proud. They’re fully engaged, whatever that looks like. That might mean in some churches raising hands, shouting praise. And some that just might mean singing and being joyful. But… so the ultimate goal, like excellence, is a means. It’s not the end, if that makes sense.

So, it’s the means by which we remove distractions and we do something really excellent unto the Lord, as worship… Like, if we’re worshiping God, we want to be giving Him our first fruits-

We want to be giving him our best. But there is a point too, where excellence and like, production can actually become counterproductive to the spirit of worship. There comes a certain point at which you, once you’ve really learned the music, where you have to almost say, Okay, I’ve learned the music really, really well, and now I’m going to… Almost put that aside and I’m going to focus on, you know, my worshiping personally and corporally, and the only way that that can happen is through excellence.

The excellence allows it… it gives you the freedom to worship without having to think about the notes and chords and rhythms. I mean when I’m leading worship, I try to be at a point of preparation where I’m not really thinking about necessarily, like… I mean, I’m more intuitively kind of feeling what chords I’m playing, so I’m not consciously thinking about it. I’m more thinking about what’s happening…

Thinking about how can I be leading people deeper, worship-wise? How can I be responding to what God is leading me to do? Because ultimately, I want to serve Him. His glory, not mine. And that only can happen through… really excellence is the door at which it opens. You do not have to worry about the music in that sense, and you can focus on the worship and the heart of-

Stephen: Yeah. Yeah, man, that’s so good! So, for anybody interested in what you’re doing, then how could they reach out to you or check out these resources?

Zac: So, right now we have it set up in a few different tiers. So if someone wants to just try an instrument, let’s say they’re just exploring. And want to see what they like, we have a $3.99 a month subscription and basically, it gives you access to the module 1 out of all of the courses. And there are 8 modules in each course, normally.

Then the second tier. We call it the Core subscription. Basically gives you access to all the courses, just without coaching, and that’s $9.99 a month.

And then there’s a Premier option if you want the courses plus you want, you know, access to me and other… And we have a team of other worship leaders that are wanting to help invest in other people as well, you know, waiting in the wings, where if you’re looking for additional coaching and you want access to something like that, then there’s a $16.99 a month option.

They all have the 14-day free trial. They all have a 90-day money back guarantee, so I mean, if it doesn’t work, I mean, you know, the… you can ask for a refund, no questions asked.

But I really believe in it, which is why I’m willing to do that, you know?

Stephen: Absolutely. Awesome, man. Good deal! Well again, thank you for your time, man, and it’s good just to hear about what you’re doing and I think it’s super needed, you know? I think the more of this stuff that is out there, the better, obviously, just from a developing skills standpoint, but also someone with your heart and your understanding of worship and of seeking excellence in that. So man, thanks for what you’re doing. 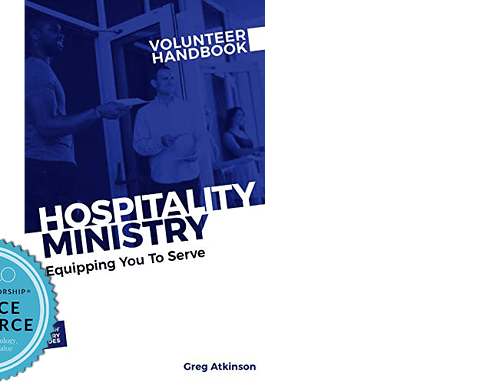 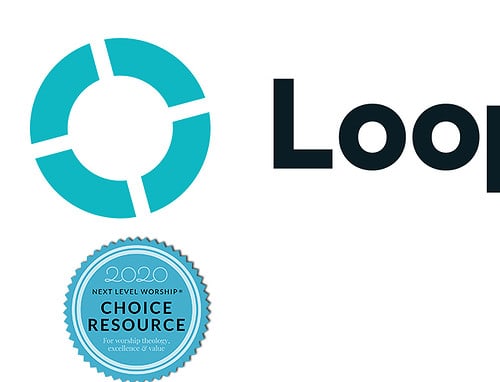 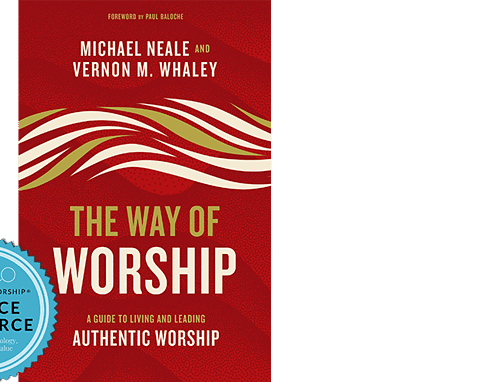 Book Review: The Way of Worship 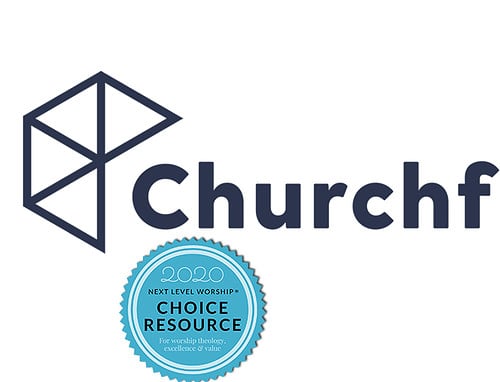 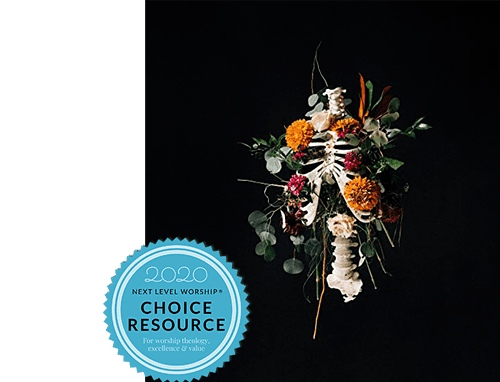 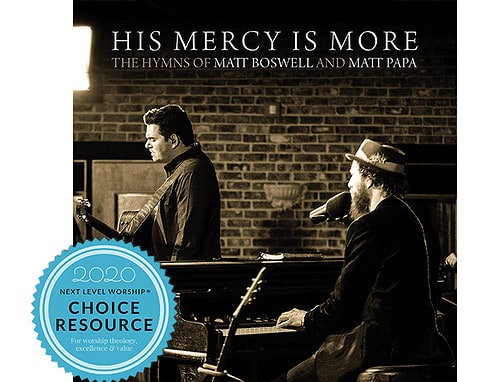 Album Review: His Mercy Is More 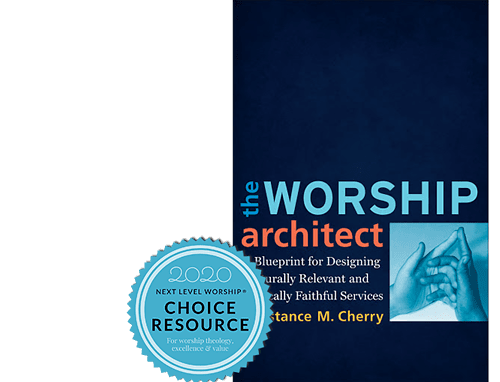 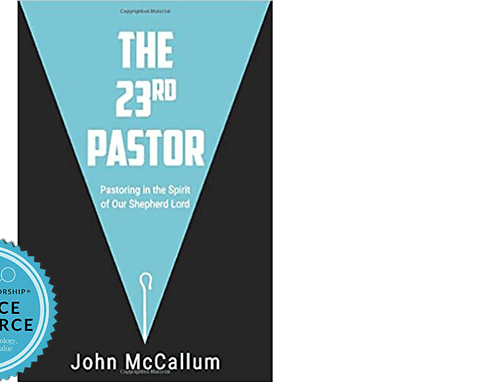 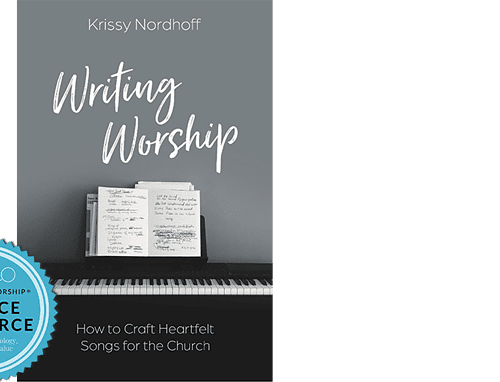 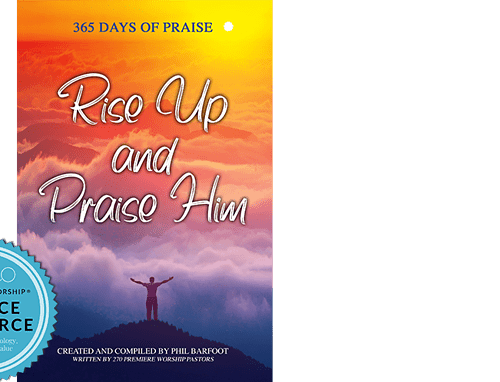 Book Review: Rise Up and Praise Him 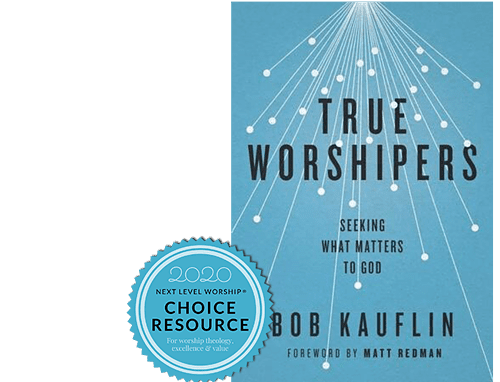 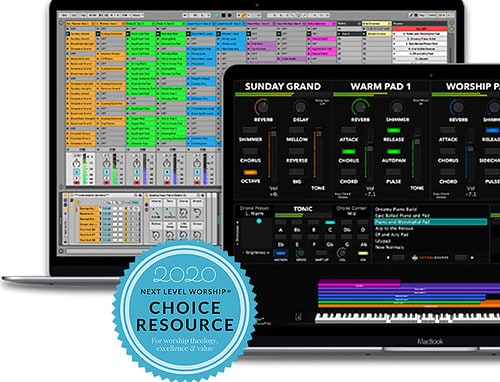 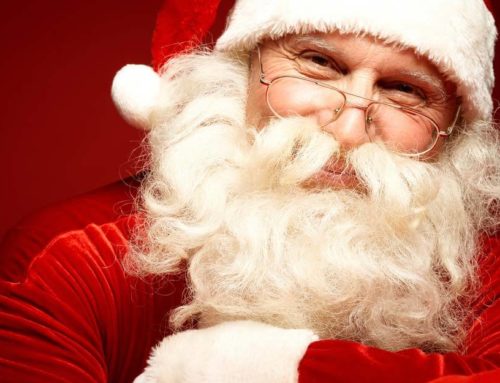 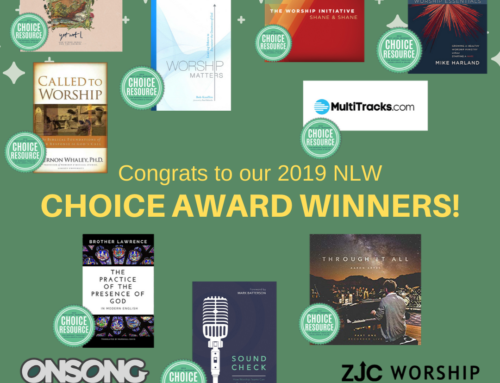 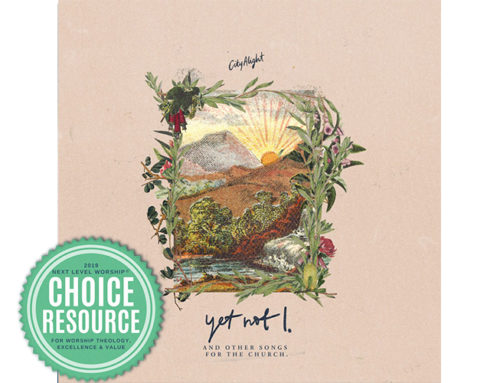 Album Review: Yet Not I by CityAlight 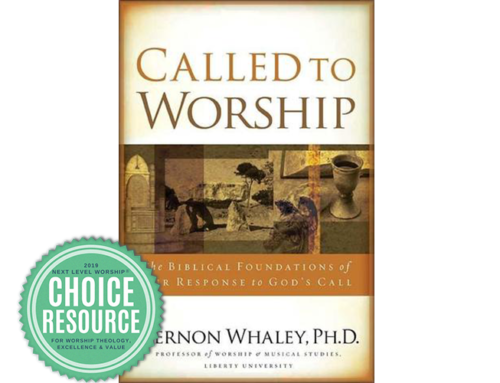 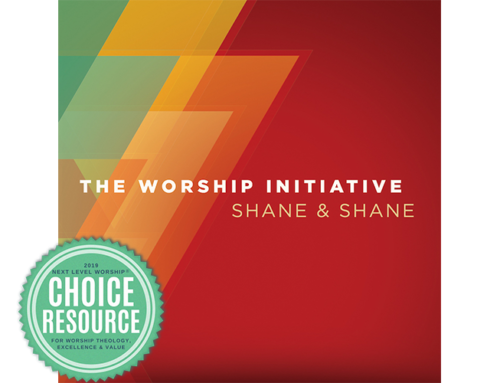 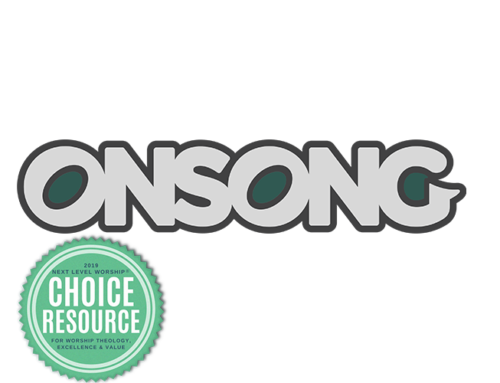 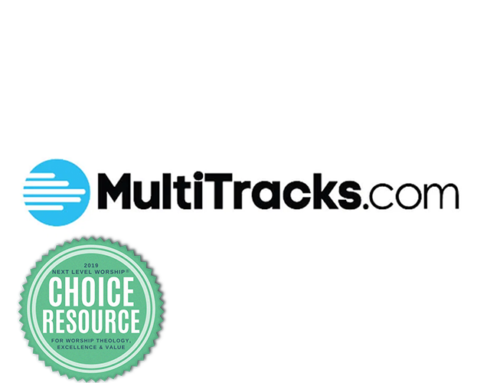 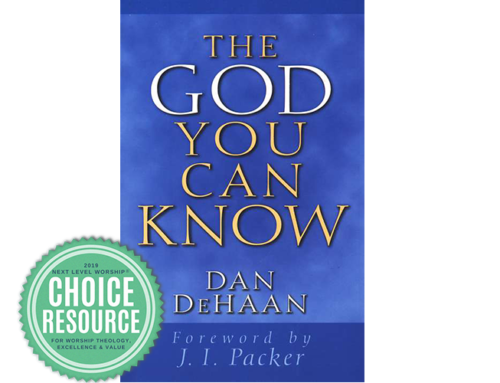 Book Review: The God You Can Know 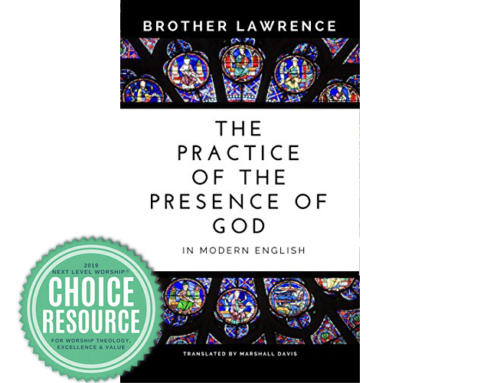 The Practice of the Presence of God: Author Interview 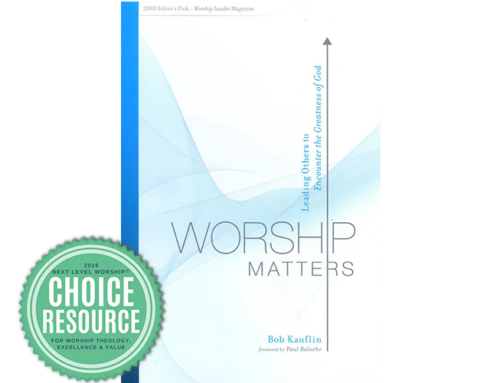 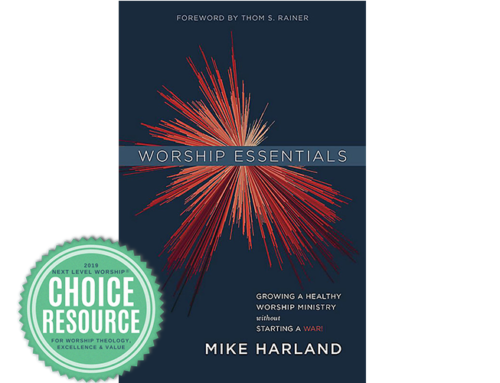