Skip to content
Responding to Negative Comments in Ministry 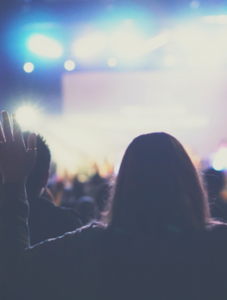 Josh Anders: You know, a church like ours, we’re a church of about 1100 on Sunday mornings. You got a lot of preferences. I mean, a lot. You do. You have a lot of preferences. You just have to learn, you have to have a foundation first of all, that you’re never going to be able to please everybody 100%. It’s just not going to happen. But second of all, it helps to have a support structure, a leadership structure that will not throw you to the wolves, so to speak. I’ve been there in the past and it’s not fun. Where you try to do the right thing and you’re not supported and it’s very, very difficult. But I think being in a healthy environment and healthy functional leadership structure in a church, it really helps. Our pastor just has this call like, “Listen, we know who God has called us to reach and that’s who we’re reaching.”

We have a particular vision on how we’re going to implement things, and there’s a reason for it. We’re reaching people that no one else is reaching in our city, and so there are things that we’re going to do that’s going to be very specific. And we’re not going to stray from those things. I remember there was a time where, and this was really difficult for me, there was a lady who used to be a part of the worship team before I came, but by the time I’d come, she’d been off the team for a while. But her daughter had brain cancer and eventually, unfortunately passed from it. And her daughter was just in her early twenties. Well, she came up to me one day and she was like, “Listen, the lights are giving my daughter seizures.”

And I’m like, “Really?” And she was like, “Yes.” She’s like, “We can’t even come into after the worship.” And so I said, “They’re really giving her seizures, man, I don’t definitely don’t want that to happen.” And she went on to explain and as she explained she backed up a little bit and she’s like, “Well, you know, just giving her headaches.” And so it got to the point where I understood she was just being really over cautious with her. And so I went to my pastor and I was just like, “How do I address this because I don’t want to seem insensitive to this family?” And he kind of coached me what to say.

So the next time I saw her, I said, “Listen, I understand that this may be a problem for you guys, so let me help you find a solution.” And I gave them several options of where they could sit in the worship center, that it would not be an issue for them and even some extra out of the box suggestions. And, you know, at first it was just like, “Well, we love sitting down towards the front.” And I’m like, “I know.” But I know scientifically that what we were doing wasn’t causing anybody any health issues because we’re not operating those devices that would do that, but I didn’t want to just come out and tell her that she was wrong, but I offered a solution to help the problem.

And so they really appreciated that and they took the advice and just thanked me for it from then on. So it could have been something where I could have gotten … Because at the time I was programming the lighting and I could have gotten really defensive about it but I chose not to, and it was just one of those situations where that happens. Every once in a while you’ll get the comment on the connection card, “The music’s too loud.” Or, “Why don’t you do this song?” If you ever have someone tell you that in person, just say, “You know what? I really appreciate your input. Thank you so much. I’ll take this to the team and we’ll discuss this together.”

And so I think it’s important to acknowledge people’s thoughts, but we obviously cannot change for every single preference or every single family, and one way to say it is, “Listen, I know you wouldn’t want us to cater specifically towards your family. So here are some solutions of what we could do.” And just assuming positive on them. And I think we just don’t have a lot of … I think when you start feeding into the preferential treatment, you’ll start seeing more people voice preferential concerns. But when you find yourself staying on the vision and the track that God has given you and supporting the pastor’s vision and then the pastor supporting you when you support the pastor’s vision, you start to see that you just don’t really hear negative feedback much anymore.

And honestly, I didn’t think that was possible but it’s true. At least it’s been true for me here. You create a culture where it’s just like, “Hey, this is what God has called us to.” And it might not be a good fit for everyone, and that’s okay if it’s not because there’s some place that it will be a great fit for you and you can grow and learn. But in the meantime we’re going to keep helping people find and follow Jesus and what the vision he’s given us. And so, I think if you just stay true to that in a loving way, in a kind way and always affirming people and letting them know their voices certainly welcome to be heard and that you care for them, it really makes a lot of things, non issues.

Dwayne Moore: There are several things I could glean from that in trying to just kind of bullet point what you said, but one of those is obviously the support you get from your pastor and vice versa. Our mouths are kind of watering because some of us listening to you don’t have that to be honest. Some of us listening don’t even have a pastor at all right now, and so it’s difficult. I know when I went into Valley View with the many changes that we made because the pastor asked me to, he did support me through it, but we did get negative comments. But they had created, not our pastor that I was with, but it had been that way many years where they had a say-so, they felt like they had some ownership, and so when we started changing what they liked, we definitely heard negative comments. But yeah, you’re in a unique situation, Josh, that maybe others aren’t here as much, but you know, because you’ve been through those kinds of situations.

Josh Anders: Oh yeah. I know what it’s like to do the right thing.

Dwayne Moore: But something else I can glean from what you said is that you still handle it positively, and you do handle it. You had a team. I want to pull that out and emphasize it. Did you catch what he said? That he said, “Hey, I’ll take this to the team.” In other words, he wasn’t just … Don’t put it all on yourself because then you become the bad guy. And don’t lie either, if you’re going to say that you, you really got to go do it with somebody, talk to somebody else around you as a staff member or somebody. But that way it becomes a bigger thing than just with you. It’s not just you saying, “Well, no. No, we don’t. I don’t do that.”

Well, it’s about the team and so that kind of gives some help and support to you when you say that to a person. I’ll glean that from what you said, then I’ll stop talking, but I think what you said at the beginning of that was very powerful. That you knew the direction, that it was clear where you were going and so you knew that these things would help get you in that direction. Even if some are negative about it, you had a calmness about that because you had a piece of mind in that. And it’s not a cockiness.  You know that you have as a leader a vision that maybe those individuals don’t have as much, and they don’t understand. So you don’t want to be condescending, but the reality is you’re going to go the way God’s told you, and I think those are powerful things to take away from what you just said.