Skip to content
How Exciting Should Our Sunday Meetings Be? 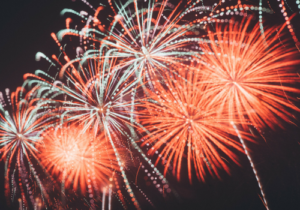 Not too long ago a friend who leads the music in his church mentioned to me that his pastor wanted their meetings to be more exciting.

Webster’s says exciting means “causing great enthusiasm and eagerness.” Certainly, nothing should cause greater enthusiasm and eagerness than meeting with the church to recount what God has done to save us from his wrath through the life, death, and resurrection of Jesus. All our sins are forgiven! We have been adopted into God’s family! Jesus has triumphed over sin, death, and hell! We are new creations! We are part of God’s unstoppable, unchangeable, unrelenting plan to have a people on earth who will display his glory, truth, righteousness, love, and compassion!

What can be more earth-shattering, soul-shaking, and EXCITING than rehearsing and reveling in those realities?

And yet, I didn’t sense that’s what my friend’s pastor was asking for. He saw that people were drifting and he wanted the worship leader to do something about it.

I understand the aversion to boring meetings. I’ve participated in them and led them. Awkward silences. Monotone speakers. No evident progression. Dull, disengaged repetition. People covertly checking their watches every five minutes. No sense of expectation. Or even interest.

Getting the Goal Right

But our lives aren’t an unending string of exclamation points. Our meetings shouldn’t be either. (Neither should our emails, but that’s another topic).

Strictly speaking, God never says the goal of the church gathering is excitement. It’s edification for God’s glory. We meet to stir up one another to love and good works, not simply to have an emotionally electrifying time. We meet to behold God’s glory in Christ through his Word, responding in ways appropriate to his self-revelation (Heb. 10:24; 2 Cor. 3:18).

That doesn’t mean gathering as the church isn’t meant to be a soul stirring event. We have every reason when we’re together to be excited about what God has done for us in Christ. But that’s not the same as aiming for adrenaline-pumping, professionally produced, high energy, exciting gatherings alone. That approach leaves little room to engage in expressions normal for elect exiles on our way to a new home (1 Pet. 1:1-2). Expressions like disorientation (Ps. 42:1-5). Sorrow for sin (Ps. 38:1-8). Grief (Rom. 12:15). A humble awareness of our creatureliness before our Creator (Ps. 95:6-7). Not to mention reverence and awe (Heb. 12:28).

Our greatest need when we gather is not simply to feel excited, but to encounter God: to engage with the certainty of his sovereignty, the reality of his authority, the comfort of his mercy in Christ, and the promise of his grace. We need to be strengthened for the battles against the world, our flesh, and the devil that will confront us the moment we wake up Monday morning, if not before. Mere emotional excitement, however it might be produced, won’t be sufficient. We need God’s Word clearly expounded, God’s gospel clearly presented, and God’s presence clearly experienced. We need well crafted, intentional liturgies that cultivate God-honoring, Christ-exalting thoughts and desires (See Rhythms of Grace and Christ-Centered Worship for more on that). Our efforts to make our meetings exciting can actually end up obscuring what our congregations need the most.

Towards a More Profound Excitement

The alternative to making our meetings more “exciting” isn’t trying to bore people. But Sunday mornings aren’t New Year’s Eve celebrations. They aren’t rock concerts. They aren’t pep rallies. They aren’t World Cup finals. They’re something much more mundane, and at the same time something much more eternally and cosmically significant. Our plans, lights, smooth transitions, technology, videos, sound systems, visual effects, and creativity don’t make it so. Christ dwelling in the midst of his people through his Holy Spirit makes it so. That’s why if we understand what’s going on, sharing the bread and cup during communion can be one of the highlights of our week, transcending the greatest of world championship sports rivalries in its effect on us.

Every Sunday we get to gather with the saints Christ has redeemed and made one through his death on the cross. We join in with the hosts of heaven around the throne (Heb. 12:22-24). God speaks powerfully and personally to us through the preached word. The Triune God reveals himself and builds up the church through various gifts, acts of service, and activities (1 Cor. 12:4-6). What could be more thrilling?

Should our meetings be exciting? Absolutely. But let’s make sure they’re exciting for the right reasons. We’re remembering and celebrating the fact that Jesus, the Son of God, has clothed himself in our flesh, received God’s wrath in our place, risen from the dead, and is now reigning and interceding for his own until he returns to vanquish evil and spend eternity with his Bride, the Church.

And no matter how many times we’re reminded, that is exciting.